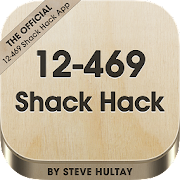 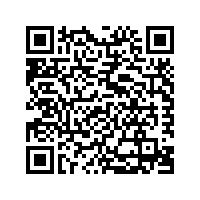 This particular ghost box was the first radio that was accessible to the masses as a usable sweeping ghost box. Before this Hacked radio came on the scene, there was only a Frank's Box or a Joe's Box. Those were the only 2 ghost boxes available and they weren't really available to everyone since they were hand made and rare to obtain.

The 12-469 Radio Shack radio was first introduced on Frank Sumption's EVP/ITC Yahoo group by a man calling himself "Sum Duc" on November 24, 2007. His post stated that he went into a radio shack and bought a cheap radio to see if he could modify it and be able to share something with the group. He also asked our small group to email him for details. I was the first and only person to do that, because it was a rainy day in NJ and i was up for something new. He wrote me back with the info and model and i went to the store to make the purchase. Not knowing much about electronics, I still took the plunge in what would take on a new era of ITC work for a lot more people.

I modified the radio and started using it right away and posted some audio of my findings just hours later. "Sum Duc" was pleased with my work and said he was making a page on the internet called "Ghost Box Hacks" and asked if he could share my audio on there. Of course I said Yes, this was a breakthrough for the field! That "Sum Duc" man on the forum turned out to be the legendary Bill Chappell prior to forming his Digital Dowsing products. We spoke quite a bit and I even was a beta tester on some of his early projects because of this.

The 12-469 radio used to be $10 and I bought many and gave them all away except one. It has an inherent click on the AM band that many love and feel helps communication.

This APP is 12 minutes audio from that classic box, chopped up into 12,000 files both forward and reverse (with random delivery) to give it that 12-469 feeling the best way i could. I've used this with excellent results so far.

These boxes are rare and now only obtainable on Ebay and other sources for $300 and up.

My goal is to share rare ghost boxes with the public, even if it's in app form. I don't feel that people should spend a ton of money on radios that used to cost $10 brand new.
This is my way of trying to share my collection.....i hope you enjoy!

Special notes on this app:
This is NOT an EVP enhancer app but a GHOST BOX ITC app. What is the difference between an EVP enhancing app and a Ghost Box ITC app? EVP enhancing apps play short audio files (usually less than 5 minutes long) from start to finish EVERY time with no randomness (just like a regular music player).

THE 12-469 SHACK HACK APP USES GHOST BOX ITC methods. The app works by playing short bits of sounds randomly in order to CREATE WORDS and hopefully phrases. There are 12,000 audio bits that are played randomly in real-time. If you would like a zip file of the audio source, please email me.

ALL PROCEEDS HELP FUND FUTURE ITC PROJECTS. THANK YOU FOR YOUR SUPPORT!

Fixed background image so it will appear on all devices