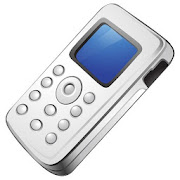 Bluetooth Headset Detectaphone is a simple tool for monitor secretly . I believe it is good for taking care of baby and children in other room , and please don't get mixed up with any illegal use.

Detectaphone - a covert listening device, more commonly known as a bug or a wire, is usually a combination of a miniature radio transmitter with a microphone. The use of bugs, called bugging, is a common technique in surveillance, espionage and in police investigations.

Usage -
1.Power on bluetooth headset
2.Find and pair it
3.Send audio to it
4.Turn off backlight

Embassies and other diplomatic posts are often the targets of bugging operations.
The Soviet embassy in Ottawa was bugged by the Canadian government and MI5 during its construction.[citation needed]
Extensive bugging of the West German embassy in Moscow by the KGB was discovered by German engineer Horst Schwirkmann, leading to an attack on Schwirkmann in 1964.
The Great Seal bug was hidden in a copy of the Great Seal of the United States, presented by the Soviet Union to the United States ambassador in Moscow in 1946 (not discovered until 1952). The bug was unusual in that it had no power source or transmitter, making it much harder to detect – it was a new type of device, called a passive resonant cavity bug. The cavity had a metallic diaphragm that moved in unison with sound waves from a conversation in the room. When illuminated by a radio beam from a remote location, the cavity would return a frequency modulated signal.
The United States Embassy in Moscow was bugged during its construction in the 1970s by Soviet agents posing as laborers. When discovered in the early 1980s, it was found that even the concrete columns were so riddled with bugs that the building eventually had to be torn down and replaced with a new one, built with U.S. materials and labor. For a time, until the new building was completed, embassy workers had to communicate in conference rooms in writing, using children's "Mystic Writing Tablets".[citation needed]
In 1990, it was reported that the embassy of the People's Republic of China in Canberra, Australia, had been bugged by the Australian Secret Intelligence Service as part of the UKUSA Project Echelon.
Colin Thatcher, a Canadian politician, was secretly recorded making statements which would later be used to convict him of his wife's murder. The recording device was concealed on a person who Thatcher had previously approached for help in the crime.[citation needed]
Electronic bugging devices were found in March 2003 at offices used by French and German delegations at the European Union headquarters in Brussels. Devices were also discovered at offices used by other delegations. The discovery of the telephone tapping systems was first reported by Le Figaro newspaper, which blamed the US.[citation needed]
The car of Thomas Hentschell, who was involved in the Melbourne gangland killings, was bugged by police.
In 1999, the US expelled a Russian diplomat, accusing him of using a listening device in a top floor conference room used by diplomats in the United States Department of State headquarters.
In 2003, the Pakistani embassy building in London was found bugged; contractors hired by MI5 had planted bugs in the building in 2001.