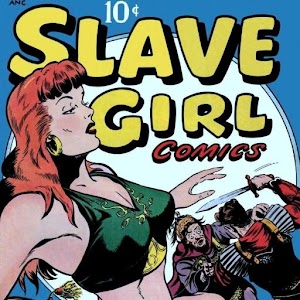 Relive the golden age of comics !

A comic series published in 1949 that lasted for two issues. It details the adventures of Malu, the titular slave girl.
Slave Girl Comics was published five years before the formation of the Comics Code Authority and would not have passed their censorship with the overt sexual nature of the images and stories it contained.

Navigation: Flip pages as if you were reading the real thing.

Note: This comic is best viewed on a large screen size , as there is no zoom.