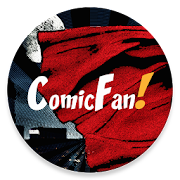 Everything a ComicFan needs, all in one place!

Download wallpaper from any of our photo galleries, including the best superhero and villain comic art, cast photos from hit TV shows and movies, and scenes from popular video games. Browse new comic releases. Plan your next movie date by checking out movies playing in theaters, as well as, future releases. You can even see which of your favorite TV shows are airing new episodes so you never have to miss a moment!

Over 7,000 Superhero and Villain teams including:
- The Justice League of America
- X-Men
- Birds of Prey
- Teenage Mutant Ninja Turtles
- Suicide Squad
- Guardians of the Galaxy
- The Avengers