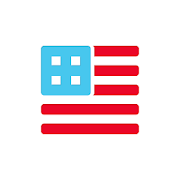 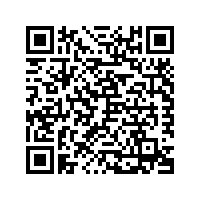 Quickly and easily learn about issues and bills in the news, in a non-partisan way. Then have your say.

How Countable works?
Countable covers US federal legislation with state and local legislation in the works. Here you can find every bill that matters with a succinct write up. If it’s coming up for a vote, in the news, or controversial – it will be on Countable. This includes: Senate and House Bills, Senate and House simple resolutions, Conference Resolutions, and Joint resolutions. Organization and politicians use Countable to build support for their positions, expand their membership and drive donations.

The Countable editorial team creates objective summaries for each piece of legislation sourcing pertinent resources and providing a pro and con argument. Sources include the Congressional Budget Office, Congressional Research Service, the majority and minority committees handling the legislation, the Executive Branch, and notable news and research about the legislation.

Accolades:
- “Slick, easy to use and could definitely help inform your opinions” -NYTimes
- “Telling your senator how to vote is as easy and ‘liking’ a Facebook picture.” -Tech Crunch

What our users say:
- “Fast, easy way to interact with Congress.”
- “Makes it easy to stay informed with D.C. and ultimately let's my voice be heard.”
- “An easy way to keep track of bills in congress and give feedback to my senators and representatives!”

We love feedback! Email us at [[email protected]] IS THERE AN EMAIL ADDRESS INSTEAD OF DIRECTING USERS TO YOUR WEBSITE?
Follow us at @CountableUS, facebook.com/countable.us, and plus.google.com/+CountableUs/posts

About Countable:
--- Hate politics? We do too! Take the politics out of it! Countable is here to bring good and responsive government to the land – to you! ---

Countable was created by a team of dedicated Americans based in San Francisco and Washington DC. We have a deep understanding of the capability of technology and believe that used properly we can make American democracy work in a fashion similar to what our founders envisioned. Our advisory team includes Joe Trippi who ran Howard Dean’s revolutionary Presidential campaign in 2004 and George Gorton, Arnold Schwarzenegger’s first hire when he ran for Governor of California.