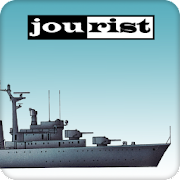 From the age of sail to the present day, 300 of the most important destroyers, frigates and corvettes.

Destroyers, Frigates and Corvettes contains 300 of the most important and influential vessels of their kind to have sailed the seas since the age of sail. These range from the earliest torpedo boats to the latest state-of-the-art destroyers, including ships such as the valiant Flower-class corvettes which undertook essential convoy-escort work during World War II, the large modern-day Spruance-class destroyers of the United States, and Britain’s Broadsword frigates, conceived for use against Soviet nuclear submarines.

Each of the 300 vessels featured in Destroyers, Frigates and Corvettes is illustrated with a superb side-view artwork. In addition, each ship is accompanied by a detailed specifications table giving displacement, launch date, dimensions, armament and performance, plus a summary of the service history of the ship and its eventual fate.

• 300 destroyers, frigates and corvettes featured, each one illustrated by a full-colour artwork

• Full displacement, performance and dimensions provided for each vessel, all measurements in imperial and metric

• Each ship’s development history and career described in full

• All data stored offline on your device.

Author
Robert Jackson is a former pilot and navigation instructor. As a writer in military, naval and aviation affairs, he has more than 80 books to his name, including Suez: the Forgotten Invasion, The Royal Navy in World War II and Strike From the Sea: A History of British Naval Air Power.

• This update includes some minor bug fixes and improvements.

The World of Birds

Submarines of the World