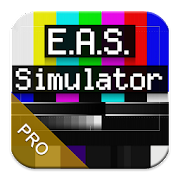 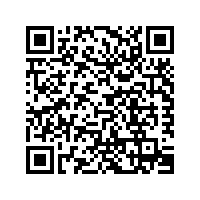 Ever wanted to simulate a natural disaster, a nuclear war or a zombie apocalypse? Now you can use your Android device to create and play realistic-looking mock Emergency Alert System (formerly known as Emergency Broadcast System) messages.

⭐⭐⭐⭐ 5000+ PURCHASES & REACHED THE TOP NEW PAID AND TOP PAID ANDROID APPS CHART ⭐⭐⭐⭐
Thank you all for the useful feedback and acclaim!

✅ EAS SIMULATOR PRO FEATURES:
• No ads.
• Full access to the Emergency Alert System alert editor to create and save your own custom alerts without limitations.
• Convert the EAS alerts to video (uses screen recording and microphone audio).
• Export/import your EAS alerts as files for backup or sharing with friends with EAS Simulator Free or Pro.
• Plays realistic EAS alerts.
• Schedule an alert to play at a given time (even if the device is locked). Ideal for drills, pranks or role-playing.
• Comes loaded with all the pre-defined alerts, featuring real-life natural disasters (e.g. flash flood in New Jersey, tornado in Oklahoma...) and also some thrilling fictional emergency scenarios including a North Korean nuclear attack, an unidentified nuclear strike in New York, zombie virus pandemics and others inspired by famous video-games and movies.

📝 NOTES:
• It's important that you're satisfied with your purchase, so before buying EAS Simulator Pro consider trying the Free version first and see if the EAS creator features work well in your device.
• Voice messages are not generated by EAS Simulator. Instead, the app uses your phone/tablet's built-in Text to Speech engine, if it has any. If your device doesn't have a TTS engine installed, the voice messages will not play, but everything else in the alerts will. The Google Play store has plenty of TTS engines and voices (both Free and Paid) you can use. If you want to use different voices in your alerts, you need to download and install a different TTS engine on your device and set it as the default.
• Exporting to video is a new functionality which might not work properly on some devices. Please be patient. Inform the developer if you have any issues.

⚠️ KNOWN ISSUES:
• Users with Android 10 were experiencing crashes when trying to schedule an alert. This has been fixed in version 2.0.
• The latest versions of the OS tightened up restrictions on interruptions caused by apps: This means that a scheduled alert will show up as a notification (instead of playing automatically) if you're interacting with your phone at the scheduled time. Clicking on the notification will play the alert. For better results, leave your phone idle, with its screen off: this way the alert will play automatically at the scheduled time.
• If you find any other problems feel free to e-mail the developer.

🛡️ PERMISSIONS:
• Prevent device from sleeping: To make sure that the screen doesn't turn off due to inactivity while playing an EAS alert.
• Microphone access: to record the audio when exporting the EAS alert as a video.
• External storage: to import/export EAS alerts as files.

- Bug fixes regarding crashes that occurred in some devices.

- Convert alerts to video! Finally! The app records your screen and microphone audio to make the video.

- Copy from the Pre-Defined alerts. You can now use them as a starting point for your next Custom EAS Alert.