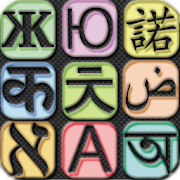 This Free translator is the best out there!

The FREE Talking Translator / Dictionary / Word of the day / Daily word app is packed with features:
- Supports 40+ languages.
- Includes offline dictionary
- Word of the day - (also in widget; and daily notifications - turn them off in Settings)
- Sentence correction
- Transcription / transliteration for many languages

Speak a sentence and hear the translation!

Talking Translator is now available on iPhone too - https://itunes.apple.com/us/app/talking-translator!/id579870510?mt=8

If you are a student, tourist or traveler, it will helps you to learn the language!
For example, Spanish is spoken in countries like United States, Mexico, Colombia, Argentina, Chile, Spain, Ecuador and others.

Learn the language of your choice using the Daily Word feature.


To learn Tagalog, use free text translator, it helps you with Filipino language, and many more languages like German or Español .

The Filipino/Tagalog translator helps in language learning or standard phrases or sentences by define words in wiki with pronunciation.
This translater app is useful to learn английский and 学习英语 to translate text and translate language
Use the power of google and other engines to translate spoken word or words and translate Filipino.

You want to learn english or practice english, or learn languages othan than english or ingles
- A great multi language tutor for many languages
- Build your vocabulary
- Filipino for kids
- Learn mandarin Chinese
- Free learning English lesson or Speak English