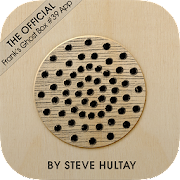 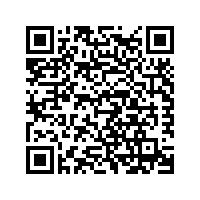 This app contains 60 minutes of Frank’s Box #39 audio. It does NOT play from beginning to end like many other Android ITC apps. We have programmed a true real-time random sweep within the app. In slow mode, it will randomly play 1.5 seconds of audio bits. In fast mode, it will play .75 seconds of audio bits. This will give the user a unique experience each time the app is used.

Frank’s Ghost Boxes are rare and expensive. Our goal is to provide users with the ability to use the Frank’s Ghost Box #39 in app form that sounds as similar as possible to the actual box while utilizing real-time true random audio delivery (based on EVP Maker Model).

Please Note:
There are now more than 24,000 Android devices on the market. Due to the random sweep programming (very important for ITC apps), it may cause a slight delay or choppy noise on some devices.

We are currently working on a fix for this. Until then, a very small static file has been included to help the choppy noise. This static file is small and plays in the background.

ALL proceeds from app sales help fund the LiveGhostBox.com project which helps us keep it free to the public. We thank you for your support!


Special notes on this app:
This is NOT an EVP enhancer app but a GHOST BOX ITC app. What is the difference between an EVP enhancing app and a Ghost Box ITC app? EVP enhancing apps play short audio files (usually less than 5 minutes long) from start to finish EVERY time with no randomness (just like a regular music player).

THE FRANK'S GHOST BOX #39 APP USES GHOST BOX ITC methods. The app works by playing short bits of sounds randomly WITHIN the 60-minute audio file. You can email me for the audio source file if you would like it for comparison (to prove it is indeed random & unique).

ALL PROCEEDS HELP FUND FUTURE ITC PROJECTS. THANK YOU FOR YOUR SUPPORT!

Live Ghost Box Project Annual Operating costs (does not include hardware or utilities) = $1,915.40

100% of all app sales go into funding the Live Ghost Box project which is something Steve and Frank spoke of often. Even with all the app sales, it doesn't cover all expenses...yet we feel it is IMPORTANT to keep Frank Sumption's work and name alive. In no way, whatsoever, are we using it for financial gain. Any questions, contact: liveghostbox@gmail.com