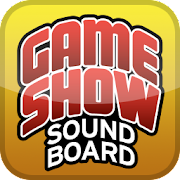 Are you ready to take the first step towards a fun and profitable career as a professional game show host?

Show that guy from accounting who's boss in your next meeting as your suggestions are met with APPLAUSE and CHEERS while his inane comments elicit nothing but CRICKETS.

Sounds can be overlaid (clapping and cheering for instance) and will play on top of the count down timers (which can be stopped at any time).