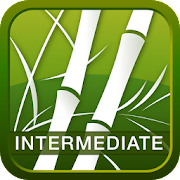 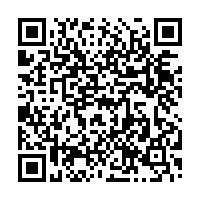 Learn Japanese with the long-awaited sequel to Human Japanese!

Almost three years in the making, Human Japanese Intermediate is packed with content and features that will take your Japanese language skills to the next level. If you liked the first HJ, you'll love Intermediate. (And if you're new to Human Japanese, welcome aboard! Find a full list of content by chapter at www.humanjapanese.com/intermediate.)

- More than 40 illuminating chapters
- Over 2600 example sentences and dialogs with crystal-clear recordings of male and female speech
- Kanji animations, tips, illustrations, and more
- Photos and cultural notes to keep you engaged and energized
- Intelligent quizzes that track your history and help you focus on trouble spots
- INGREDIENTS™ example sentence breakdowns for total clarity in every example

Like its predecessor, Human Japanese Intermediate is built on the idea that the best way to learn and truly comprehend Japanese is to have it explained by someone who speaks your language. Core concepts are explained in a friendly, down-to-earth tone, with frequent comparisons to similar aspects of English. With humor and warmth, it demystifies and illuminates the real nuts-and-bolts of the language--not just vocabulary and canned phrases like many other products.

Explanations come alive with deeply interwoven interactive example sentences--more than 2600 in total--so that you can immediately see and hear exactly what you're learning.

Stay on track with an exciting new patent-pending feature called INGREDIENTS™ example sentence breakdowns. Next to every sentence is an icon that provides an instantaneous, simultaneous lookup of every word in the sentence, even conjugated forms! That means you'll never lose your flow in the middle of an interesting discussion just because you've momentarily forgotten the meaning of a word.

KANJI
Human Japanese Intermediate also gets into kanji in a big way. At the end of most chapters, a new batch of kanji is introduced, with animations of each character, plus example sentences, illustrations, writing tips, and more. Our goal is not to simply throw a bag of characters in your lap, but to carefully explain how everything works.

To this end, Human Japanese Intermediate keeps track of which kanji you've learned at what point in the text and automatically adjusts the "spelling" of words in example sentences as appropriate to your current knowledge. So early on, you might encounter the following sentence:

But later, after you've met several of kanji used in these words, the version you would see is:

This approach removes the most overwhelming aspect of learning kanji--the fact that most sentences contain many characters you don't yet know--and that helps you to stay focused and energized.

Quizzes keep track of which questions you get right and wrong, to help you concentrate on your trouble spots.

And when you get a question wrong, it's not simply "Try again." Wherever possible, the quiz provides a hint that is specific to that question, to help you remember and learn.

LEARN JAPANESE WITH US
We care deeply about helping you to grow in your understanding of Japanese. Whether you've worked through the original Human Japanese app or have come from a different background, it will be our pleasure and privilege to be your guide on the next stage of your journey. Hajimemashou!