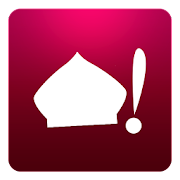 This app can be used anywhere, insha Allah.

A simple mosque locator that shows masjid near you. Uses Foursquare data so you no more need to look for mosques when you're on a journey. Simply turn on the app and the locations of the mosques will be shown automatically. If you aredriving or moving your position, simply shake your gadget and the mosque location will be refreshed.