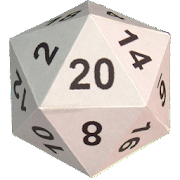 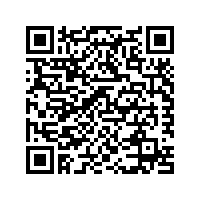 **Please note that this app DOES NOT create characters, it imports .xml files generated by PCGen. Hero Lab users look at my other apps*

It is unfair to leave a 1 star review complaining it doesn't create a character when it is highlighted in the description!

PCGen Character Sheet allows you to import .xml files generated by PCGen to create dynamic character sheets for use on your Android device.

When you want to level up, just update your character on PCGen, email/Dropbox it to yourself and re-import!

*Read the help screen on first load - it answers most questions!
*All code used to make the character sheets look familiar to PCGen users, is my own.
*CMB - the app detects whether your imported CMB Stat value is the same as your STR or DEX modifier, to determine which stat should affect it through Stat Linking (due to certain feats, whether you character size is Tiny etc...)
*Conditional Save and Combat modifiers don't appear to actually be exported in the .xml, which is why the boxes will be empty, the boxes are present however to balance out the look and feel of the character sheet, and in preparation in case the information is exported in the future (though an app update would be required to read it).
*Stat Linking does not affect damage done by bows, as the .xml does not identify Composite bows, if the name and description is custom and did not use the word "Composite" the app would have no way of knowing so this was omitted.
*There is no ammo tracking as the .xml does not provide enough information to efficiently do this.
*If you have you imported a problematic .xml file and the app crashes everytime it loads, use the app settings in android to clear data associated with the app.
*Use the csheet_fantasy_generic_export.xml template to create your .xml file, all .xml files need to have the word PCGEN somewhere in the file name (upper/lower/mixed case is fine), and the extension must remain .xml, the app will try to read the files from default Downloads directory of your device, which is where email applications such as GMail should save files to by default.

If you have any problems with an .xml file or if you think something is wrong with how things are done, feel free to email me at dysfunctional.apps@gmail.com (preferably with the .xml file).

Pathfinder® and associated marks and logos are trademarks of Paizo Publishing, LLC® and details can be found in the "About" tab within the app.

Replaced the import dialog with the device's native Document Picker.

This is due to an issue with Dropbox Chooser which was returning DIRECT_LINK instead of FILE_CONTENT.

Some users may experience an app crash on first load of the Document Picker due to legacy code issues, but subsequent attempts should be successful.