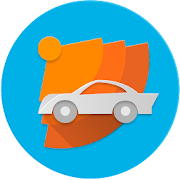 Radar Beep is a radar detector for drivers. Simple, complete and FREE.

Radar Beep integrates with all mobile phone GPS navigators to detect radars while navigating to your destination.
You can use the app with or without a navigator.

The app also has a map of radars with your position and direction.
It always focuses on the road in the right direction and shows radars around and ahead of you.

Radar Beep updates automatically, no action on your part is required.

To make it easier to turn the scanner on, you can use:
- The widget that comes with the app.
- Configure auto start with Bluetooth. The app will turn on by itself when the phone connects to the car via Bluetooth. When the car is turned off, the app turns off too.
- NFC magnetic sticker by Radar Beep which you can place in your car. The app will turn on when the phone is near the sticker (your phone has to support NFC). ** Coming soon **

This app includes advertising so we can offer the service for free.
If you don’t like the ads you can remove them with a small payment. Thanks for your help.

- Receive and send notices to the community!

- New interface, with a more attractive and modern color.

- New features, turn on radars and turn off radars.