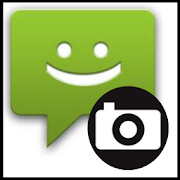 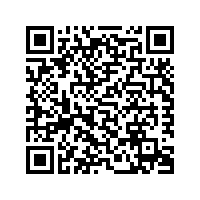 ★ Create a SCREENSHOT of your SMS text messages.
★ HIDE the NAME and PHONE NUMBER of the sender ( option ).
★ HIDE the DATES and TIMES of the text messages ( option).
★ A ROOTED phone IS NOT required to use this app!!!
★ 30+ THEMES to choose from!
★ This app is able to display more texts in the image than a normal screenshot would ( up to 10 messages ).
★ This app goes beyond just creating an image of your text messages ( SMS ) and it works on EVERY phone!

1. It is UNIQUE in that this app will allow you to capture more text messages than a normal screenshot. This is because it allows you to select up to 10 text messages to include.

2. It is UNIQUE in that you can select up to 10 text messages. And the text messages DO NOT have to be consecutive. So you can skip over the boring messages or the ones you do not want to include.

3. It is UNIQUE in that it saves you the time and the hassle of editing screenshots by providing you the option to hide the person's name, their phone number, and the date / time. It PROTECTS their identity and their phone number!

Many phones cannot create screenshots but with this app you can create a "screenshot" of your SMS text messages. The app actually loads up the text messages that you have selected and then creates an image from them.

* Built in sharing of the image right into app.
* Added an ICS ( Ice Cream Sandwich ) like theme.
* Removed the USB warning some people were seeing.
* Added a button to quickly scroll to top or bottom of long threads.
* Add ability to automatically update the gallery.

Uses for this app :

The images are saved to your phones external storage ( usually a SD card ) in a folder named "ScreenshotMyTexts", so you can access or send them later.

This app does NOT use the complicated setup using the Android SDK.

This app does NOT require your phone to be hooked up to your computer.

This app does NOT require you to download a program to your PC.

You only need this app to capture screen shots of your texts! That’s it! Nothing Else!

It only allows up to 10 text messages to be selected at one time because if more texts were selected, the resulting image would be too large for many phones to properly handle.

If you have any problems, feel free to email [email protected] We cannot respond to any problems if you leave them as feedback in the Google Market ( Google Play ).

But if you need an EMAIL or PRINT OUT of every text or every text in a thread, download "Email My Texts SMS".

Thank you for your time!

We have listened to the feedback and made several improvements!

* Added button to scroll to top or bottom of your messages.

* Will now automatically update the gallery.

* Added an iPhonish and Android theme.