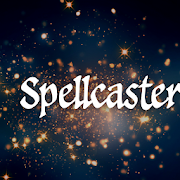 Spellcaster™ Latin FlipFont
Contrary to popular belief, witches do exist. And while most aren't wretched old hags with brooms, they all endorse the Spellcaster™ font. Its spiky shapes and edgy curves will hold you awestruck.