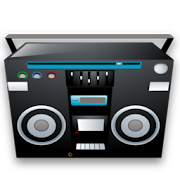 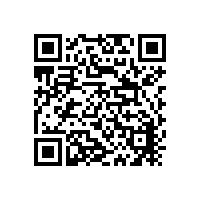 I cancel any order on request within 30 days, or much longer when appropriate.

! IMPOSSIBLE Devices: ALL Nexus & MANY Samsung & other devices have FM purposely & unfixably disabled in hardware. No app can EVER fix that. Email for refund & explanation of Google's false "compatability" checking. NO FM for GALAXY S4/S5, Note3/Note4, Tab, All US Galaxy S/Note class phones, Motorola flagships, and MANY more

Android Lollipop 5 required A huge re-architecture of Spirit2, but non-beta KitKat users get the older design.

Spirit2 is the successor to Spirit1 Unlocked and is the "Best Darn FM app"* in existence !

Spirit2 supports only the most popular, recent, higher end devices that have digital audio support in Spirit1 Unlocked. See list below. The Spirit2 UI and underlying architecture are much improved. Spirit1 Unlocked is still more mature/bug-free and has more features. Your support will help Spirit2 match and exceed the Spirit1 feature set.

Requires AOSP !: If you don't know what AOSP means, Spirit2 is not for you. Spirit1 Unlocked works on numerous stock phones: https://play.google.com/store/apps/details?id=com.mikersmicros.fm_unlock

*"Best darn FM app": Yes, it has some bugs, and may lack some "polish" of stock FM apps, but it's the most functional and has more settings.

The ONLY FM app supporting ALL this: Equalizer, Effects, Recording, BT A2DP and Visualizer.

*"Official Support" means I own the phone and I can properly support it.

**"Compatible AOSP" ROMs includes as many AOSP ROMs as I can reasonably support, that have the FM and audio kernel drivers needed to enable FM. CM11 is the most popular and best supported, except for the incompatible 2014 kernels for HTC OneXL LTE, OneS, and Evo 4G LTE. LG G2 is only supportable on CM11, AOKP and Mahdi ROMs as of April, 2014.

Unofficial Support:
The only other devices with a chance of working fully are those with Qualcomm WCN3660 or newer compatible FM/BT/WiFi chips as well as Qualcomm WDC9310 or newer compatible audio chips. This includes most late 2012+ Sony devices starting with Xperia T. These may or may not work well, and are not officially supported. With sufficient demand I will consider buying a "Z" device and officially supporting some Sony's.

Stock ROMs:
Spirit2 also works reasonably well on many stock or stock derived ROMs when rooted. But there are often problems, such as FM over BT issues on Samsung stock ROMs. Most of my customers are on AOSP/CM ROMs.