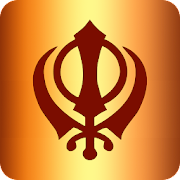 Guru Granth Sahib is the religious scripture of Sikhism, regarded by Sikhs as the final, sovereign, and eternal living guru following the lineage of the ten human Sikh gurus of the Sikh religion.The holy text consists of 1430 pages and contains the actual words spoken by the founders of the Sikh religion

Sikhs consider the Guru Granth Sahib as the eternal living guru, the highest religious and spiritual guide for Sikhs and inspires all of humanity; it plays a central role in guiding the Sikh's way of life. Its place in Sikh devotional life is based on two fundamental principles: on the "Gurbani" (the word of Guru/God) which was received by the Sikh gurus in their divine consciousness from God and revealed to mankind.The Guru Granth Sahib answers all questions regarding religion and that morality can be discovered within it. The word is the guru and the guru is the word.Thus, in Sikh theology, the revealed divine word was written by past gurus.


# Select language of your preference:- ' in Hindi', or 'in Punjabi'
#You can go to 'Ang' of your choice using GO button on top-right corner
# Select from 5 themes - Sepia, Classic, White, Black, Silver
# Select text sizes of your choice
# 'Read meaning' of each 'Ang' using Translate option
# Rate and provide your feedback using Feedback option
# Read in portrait or landscape mode

Ads: -
# Please note that this app is ad supported
# We show ad in non-intrusive manner so as to not to disturb you during path.

We do hope that you will really like our app. Thanks