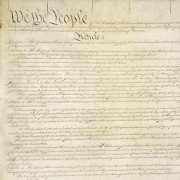 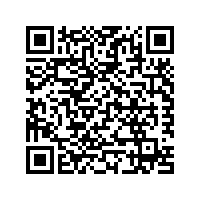 This application is for all you constitution geeks. I wanted something that was easier to navigate than other applications I've seen, had a real table of contents broken down by articles, sections and amendments, didn't treat the first ten amendments like one giant inseparable document, was searchable, and contained other related documents, ideas, and trivia like the Declaration of Independence, Gettysburg Address, The Virginia Plan, The Great Compromise, ratification dates, and anything else I could think of that floats in that new Constellation of Liberty the Framers were shooting for two centuries ago.

Please note that I did not write this, but gathered the text, notes, and annotations from a variety of sources, but mostly www.usconstitution.net
(see below). I wanted a handy, self-contained reference to the Constitution.

Navigation thru sections of the constitution or articles of confederation is done using the D-pad or track ball of your device if equipped, or by swiping your finger left or right across the screen.

Pressing the select text menu will temporarily disable gestures (finger swipes). The text selection process is is built into Android -- learn it and you have learned how to use it in this app. Once text is copied onto the clipboard, gestures will not be restored until you share the clipboard contents to email, or Twitter, whatever. Gestures are also restored by returning to the top level menu.

Features:
- Searchable US Constitution and Articles of Confederation
- Resizable text
- Ratification Dates of Amendments
- Bios of the signers
- Constitution timeline
- Declaration of Independence
- Articles of Confederation
- Gettysburg address
- Mayflower Compact
- Declaration of the Rights of Man and of the Citizen
- Star-Spangled Banner
- Emancipation Proclamation
- I Have a Dream


Odds & Ends:
- The U.S. Constitution has not been updated since 1992. Any updates made to the app are to improve the functionality of the app, add features, or to remove bugs.

- The app contains a few hyperlinks to some source or reference material on the web, so it will ask for internet access in the permission when you install.

- If you find a bug (and you want it fixed) email the developer using the link on this page, don't just leave a comment (Android secret: Developers do not read their comments).

- Fixed the navigation links within the app.