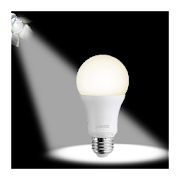 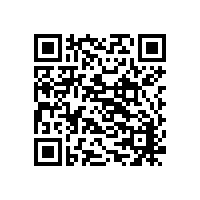 The Belkin WeMo app struggles enough without asking it to do more by actually using to control your Wemo LEDs.

Once you've managed to have your LED bulbs recognized by your Wemo LINK using the Belkin app, close it for good and use this app to control all of your LED bulbs quickly and easily.

WemoLEDs starts much faster, runs and switches your LEDs much faster, and enables more of your LED function than Belkin's app. It runs on many more versions of android and uses a tiny fraction of the system resources needed by Belkin's and other apps.

Finding your Wemo Link, linking and removing bulbs, creating and editing groups are much easier with this app.

Use widgets on your home screen to directly switch your bulbs on, off, set brightness, set a sleep timer, or a fade timer. Assign your own images to the bulbs to create a custom home automation control panel assembled from widgets on your tablet.

Presets (and Presets widgets) are single touch buttons or voice control commands to change your LEDs to match your mood or needs - more flexible than simple groups. Create a "Sleep" preset to set your bedroom bulbs to 50% dim and then to fade out over a few minutes. A "Night" preset can gently move all of your LEDs to a nightlight mode, or "Morning" to wake to a slow brightening, then turn off at daytime. A "Party" preset could turn them on bright, or a "Movie" preset could dim the lights for the show!

Touch the WemoLEDs Voice shortcut on your home screen or use "Ok Google open Wemo Scenes", speak your preset name, and watch your LEDs change.

Use an alarm to ease your lights down or off in the evening or gently (or abruptly!) wake you in the morning.

Break free of the Belkin app restrictions - now you can easily pair your bulbs, create groups of bulbs, rename bulbs and groups, and change group members. Directly control each bulb even it's a member of a group. Access the hidden LED capabilities such as the transition and fader functions. Bulb groups in the belkin Wemo link are not stable and will often crash the Wemo Link, WemoLEDs allows you to create and manage your own groups to avoid this problem.

Yes, this app supports Automagic and Tasker for automation, see the developer website for details.

Refund policy - take your time to trying out all of the features. If after your purchase you find you don't like the app email me your order number and I will put through a refund.