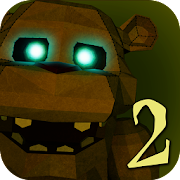 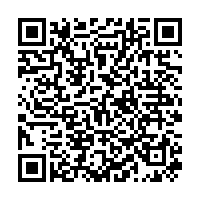 Welcome to the sequel of famous horror game! Survive seven nights defending yourself against pixel robot bears, chickens, bunnies and foxes - even more frightening than in the first game! Face your
nightmare working as a security guard – watch pixel animal robots with cameras, open and close doors to safeguard you! Hide in your security office until the sunrise! Beware of pixel bears, chicken and foxes playing 7 Nights at Pixel Pizzeria 3D 2 game!

Are you afraid of pixel bears or other monster animals? These robots are serving the most famous pizzeria of the Pixel World during the day, but at night might become unpredictable! Be a security guard for chicken, fox, bunny and bear robots for five nights and protect Pixel Pizzeria from total destruction! Use a limited amount of electricity per night to protect yourself from robots’ attack closing security doors and using flashlights! Stay in your security office, watch pixel creatures with cameras and try to survive!

These robots were made to help at a pizzeria, but something went wrong and now they are ready to attack you! Watch cameras carefully sitting in your security office and never let bear robots to get close! Use security doors and the flashlight to protect you from robots’ attack!

Animal robots are closer than it seems… Close doors and use lights to scare away angry pixel robots hiding around the corners of your pizzeria. Beware of pixel bear robots walking around the pizzeria!

You have very limited amount of electricity to use per night and protect yourself from bear robots’ attack! Stay in your security office, watch pixel bears, chickens and bunnies with cameras and try to survive 7 scary nights! When you run out of power for the night - all cameras and light are off and robot animals are able to move! Seems like a real nightmare!

Are you afraid of the dark? Who else could be in this nightmare mines? Spend seven nights at pizzeria full of pixel animal monster! Try 7 Nights at Pixel Pizzeria 3D 2– meet scary bear robots and don’t give them any chance to creep into your security office to survive!

7 Nights at Pixel Pizzeria 3D 2 features:
Unusual pixel environment – just like the first part
Pixel robot monsters ready to attack – even deadlier and scarier than in the first game!
Use cameras and flashlights to survive being a security guard
Realistic pixel pizzeria with lots of rooms to explore
Seven nights to survive

These seven nights are going to be the scariest nights in your life! Survive as a pizzeria night security guard and escape from your nightmare! Finish your work safe after seven scary nights with 7 Nights at Pixel Pizzeria 3D 2 game!