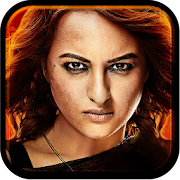 Akira: The Game is the official game of the Bollywood movie Akira starring Sonakshi Sinha. It is an arcade street fighting game featuring one-on- one close combat fight style with 3D animated life like characters of Sonakshi Sinha as well as other characters from the movie. Akira the Game, is a fighting game where the player controls an on-screen character and engages in a 1 on 1 close combat with an opponent. Players must master techniques such as attacking, blocking, counter-attacking, chaining together sequences of attacks known as combos, special attacks which include the combination of aerial and grapple, and applying finishing moves.

It features all our favorite real life fight moves as well as combos and finisher moves. Hit the taps and swipes at the right time to execute these special moves and inflict maximum damage on the opponents.