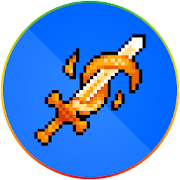 An old-school persistent turn-based rogue-like game influenced by heroic fantasy, currently in alpha stage development, mainly for Wear but not only.

IMPORTANT NOTE
Please be indulgent concerning the bugs, crashes, lack of content and the high difficulty, "Castle Wear" is in ALPHA stage development, a very early state part of the alpha funding program. this is simply under construction.
In the contrary of crowd-funding, you already have a "playable" but unfinished product in your hands.

PLOT
The evil sorcerer Diordna stole a very rare talisman from the King and generated a mysterious labyrinth with its power under the King's Castle. Since then the ruler has gone mad and has started to continuously send new recruits further down in the maze to retrieve the previous artifact from the hands of Diordna.

TIPS FOR STARTING
• Weigh your party (e.g. take two fighters, a thief, a cleric and two mages).
• Do not run in the wall, it makes noise and that might alert nearby monsters.
• Remember where your everyone died, you can retrieve their corpses with another party later on.
• Be cautious with spells points. You can only refill them via resting in the Adventurer's Inn.
• You can only level up in the Adventurer's Inn.
• The difficulty is high, so do not worry if you die often.


Contact me if you think I forgot you in the Credits page.

Fixed hundreds of FIXME and TODO.

See the changelog at http://pastebin.com/4VZJGp9k or inside Castle Wear.