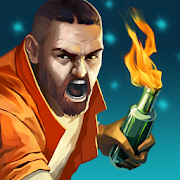 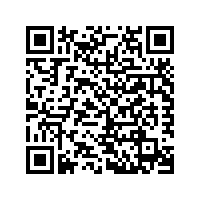 “Convicted: Jailbreak” is a unique text game, telling about adventures of inmates in a supermax prison.
This text quest will allow you to see the prison life through the eyes of inmates and feel all the horrors of a supermax prison. You will test your strength in the place where bribes, murders, prison fights and cruel mores are the norm. You will plunge into interesting and unpredictable stories about prison life.
Each character of the game “Convicted: Jailbreak” has his own story and predicaments. Each of them got to prison for a reason, there are neither total heroes nor villains. Will the characters be able to achieve their goals and survive in prison? It depends on you, the player.
But “Convicted: Jailbreak” is not just a text quest with an interesting storyline. It’s also a detective game! The first case you are to solve: nurse Jennifer Stone’s disappearance from East Castle supermax prison. In order to find out what happened to this prison nurse you’ll have to get familiar with the stories of six inmates.
First character: Eddie Boyd, a thief. The Mafia kidnaps the wife of a professional thief Eddie Boyd to force him to fulfill a task in East Castle high-security prison. He's supposed to find and steal three rare Japanese netsukes. Having accomplished that Boyd will have to make a jailbreak in the best traditions of the Prison Break TV series.
Second character: Carlos Luke, a smuggler. Some time ago Carlos used to be the best smuggler on both sides of the border. Now he’s got to serve his sentence in a supermax prison and will get involved in a quest full of dangerous adventures: Carlos has to get inside the prison drug trading group and steal the recipe of a brand new drug. In a place where danger lurks in every shadow, the only person whom Carlos can count on is himself.
Third character: Stanley Paulson. A journalist in the past, a convicted murderer now, Paulson investigates the activity of a powerful criminal organization. His journalist-colleague was found murdered, and all the evidence of the crime pointed at Paulson. After having spent some time behind bars, Stan finally got a chance find the real murderers of the journalist. But in order to do that he will have to complete a dangerous quest of searching for evidence and exposing a huge criminal group.
Fourth character: Blake Barret, a detective and undercover agent. Blake Barrett is a hardened convict and he’s not to be messed with! Nobody suspects Blake of being an undercover agent. His job is to gather information about the drug dealings in the prison. Will Barrett manage to keep his secret, get through numerous dangerous adventures and expose the criminals?
Fifth character: Dexter Blackburn, a hitman. Dexter is a man who is feared by everyone in the prison. His personal tragedy made him the way he is, a cold-blooded killer sweeping aside anything and everything in its path. Though having gone to jail, Dexter gets an opportunity to take revenge on those who ruined his life many years ago. Now Dexter needs to decide whether he is a villain or a hero.
Sixth character: Kyle Manson, a rebel. The most ambiguous character in the text game “Convicted: Jailbreak”. Do you remember a character nicknamed T-Bag from the Prison Break TV series? Kyle has a lot in common with T-Bag: mentally unstable, a shadowy past and unclear future. Manson’s adventures will definitely put you on the edge since this inmate starts a prison riot and fights against the system!
Having familiarized yourself with the stories of all of the six characters, having accomplished all the quests and gone through all the dangerous adventures you will feel like a real detective and solve the disappearance of the prison nurse. Are you ready? Then let’s go! Warning! You are about to be subjected to an interesting story with lots of thrills - guaranteed!
By the way, this text game assumes that you will make numerous decisions, and each of them will have consequences. Choose wisely!