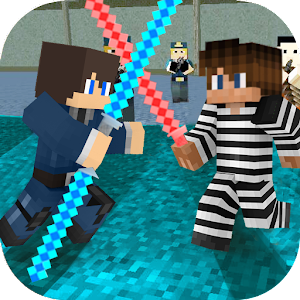 A law enforcement robot, programmed to re-activate after a number of centuries by a prophetic scientist who predicted the fall of mankind and civilization. It doesn't know what has transpired in the wake of the fall or why the world has become so rowdy and violent, all it knows is it hasn't made an arrest in 1230 years and it's got some catching up to do. As it takes in the sheer number of people rioting the earth, the copbot's cloning activates and as he travels beyond the borders of his rebirth, his clones spawn and reign their strict laws over the town. As one of the world's last remaining superheroes, working a desk job at the local precinct, when a mob of copbots storm the district, taking out citizens left and right, he knows he must take a stand and classes from this menace.

A thrilling first person shooter adventure where you can enjoy real time battle with friends and foes from all over the globe. Collect your daily reward by viewing short video ads, then select your difficulty level and begin fighting. In this initial map, you will be fighting against the clock in order to earn a powerful permanent weapon to carry with you throughout the game. The level will instruct you in the number of enemies you'll need to defeat and the time you'll be given to perform this feat. If you don't succeed the first time, you'll be offered another chance, or you can move on to the next level without this bonus weapon. Happy shooting!