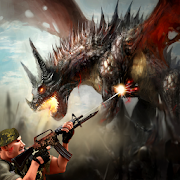 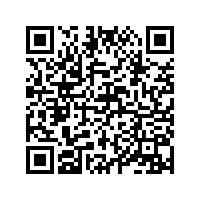 Do you want to become a hunter and saviour, by helping out, some innocent people? Then dragon hunting is the game you must be looking for.

Dragon hunting is a very engaging, adventurous and addictive game, with some amazing graphics and sound effects.

In this hunting game, you will have to shoot down the dangerous dragons, to protect the village from getting destroyed.

Consider this shooting game as a mission of safeguarding a village from some life threatening creatures, which have the ability to turn even an entire village into ashes.

This hunting game presents you with some amazing gameplay like never before. Develop your shooting skills by becoming a hunter.

As the game goes, the excitement increases due to presence of some mesmerising, shooting, 3D fire effects.
Enjoy every moment of this game, by hunting down the dragons, with a beautiful scenery view in the background.

Shoot down the dragons as quickly as possible as they have the ability to emit fire and can do a lot of damage to the village and its people.

This animal hunting game also requires you to focus hard so as to successfully hunt down the dragons. Become a skilled animal hunter, by playing this 3D game.

While shooting these dangerous animals, make sure, you really aim at them, before pulling the trigger.
The emergence of a golden coloured dragon at a particular stage, in the game, adds to the excitement in this shooting game.

Hunting down this golden dragon becomes really important, as it will kill you without showing any kind of mercy.

Never give up whatever threat comes your way, as you have to complete your mission, by hunting all the dragons, and saving an entire village.

Give yourself, the title of a dragon hunter, by playing this adventurous game. Play this game, as much as possible, to develop skills as that of a hunter.

Shoot all the dragons and become an expert dragon hunter, in this dragon shoot game, sniper hunter game, sniper killer game and dragon shooter game, which is one of the top animal games, dragon games for kids, animal shooting games and hunt games.

Use the sniper gun effectively, to shoot the dragons, in one of the best hunt games, dragon games 3d, dragon games for free and dragon hunting games.

Beware of the fierce golden dragons, in one of the best hunt games, dragon games 3d, dragon killing games and free animal hunting games with gun.

Make sure you do not fall short of bullets, while shooting the dragons, in one of the best dragon games in 3d, sniper hunting games, sniper games 3d and good quality sniper games.

Dragon hunting is one of the best shooting games. Download this top shooting game, for free, and experience the thrill, in becoming a hunter, and hunting dangerous animals.