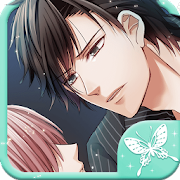 My hands covered in blood— I... killed someone?

A detective who helped when I'd fallen in the rain.
While attracted to the sincere him, With my lost memory, I only thing I remember is The sight of the serial murder crime scene.
My hands covered in blood— I... killed someone? Confused, before me appeared a man claiming to be my fiance...
How are my lost memories and the incident related?!
A Shocking Suspense Love Story.

"Illegal Romance" is a supense drama type love game app to be downloaded for free,
and its basic play is done for free.
Please enjoy a dramatic story of attractive characters.

◇Noze Hiroki
A detective who works at the East Police Station.
He can't leave someone alone when she or he is in trouble.
Since he is too nice, sometimes he can be indecisive...

◇Aida Masahiko
A man who suddenly appeared in front of you after you lost your memory.
He says he's your fiance but his actual identity is a mystery.
He's burly, manly and caring.

◇Ichiji Atsushi
He's a top-level bureaucrat at the Metropolitan Police Department.
His words and actions are out of the box and always makes others surprised.
His priority is to contribute to the police organization.
He wouldn't mind paying the necessary price to complete his missions.

◇Oga Ryutaro
He looks light-minded and talks without care, but actually is quite thoughtful.
He's great as a police officer as well.
He tends to over-react and make mistakes.

◇Amano Chuzen
He belongs to the Public Safety Department at the Metropolitan Police Department.
He looks young for his age and he acts like a fool. He's an underachiever in his department.
Although he has a sharp sense to notice the important stuff sometimes.
His nickname is Ten-nen.

■ How to Play
You can process the game very easily!
1. Start the app and press "Start the story".
2. Process the story using 5 tickets given every day!
3. The outcome of the story depends on your choice.
What is the ending of your story ... !?
In addition, it is full of fun elements such as "Secret story" to enjoy the side story, and cute avatars.

◆ When you need help ◆
First, refer to "FAQ" in "Illegal Romance" app.
If your problem is not solved, contact via "contact us" by describing the details of your problem.
If you cannot start the app, please contact to our Customer Center【support@accela2.com】
Thank you very much.