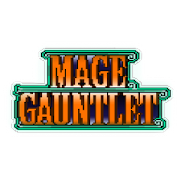 Mage Gauntlet is a classic-style action-RPG, designed from the ground up for mobile. It's inspired primarily by 90's action RPGs for the Super Nintendo, such as Legend of Zelda: LTTP and Secret of Mana. We wanted to make a fast-paced RPG that doesn't waste your time with fetch quests.

Fight and explore your way through a humorous storyline about eccentric wizards, powerful artifacts, and dangerous monsters. Find items to customize your character's strengths and weaknesses. Enjoy smooth, responsive controls and fast, satisfying combat. When you beat the game, unlock a remixed Master Mode with overwhelming enemy numbers and new secrets to uncover.

MAGE FACTS
- 84 levels (half normal, half in Master Mode)
- 86 achievements
- 110 hats (important)
- Variety of loot that adapt your character to different tactics
- 19 pets that follow you around and give different bonuses
- Quick leveling and stat system lets you customize character further
- Dash and Charge moves let you slip through enemy spell attacks