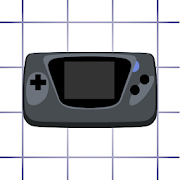 MasterGear emulates MasterSystem, GameGear, and other classic 8bit consoles made by Sega. It runs MasterSystem and GameGear games right on your Android phone or tablet. Save game progress at any time and share it with friends, or play games together on the network. MasterGear also runs Mark2, Mark3, SG1000, SC3000, and SF7000 games and other software.

* Specifically optimized for Android devices, using assembly language and hardware acceleration to run as fast as possible.
* Supports full screen landscape and portrait modes, with many special effect options.
* Save game play at any point and go back to that point once your character gets killed.
* Share your current position in a game with other users via State Exchange feature.
* Play with other users over local network or Internet via NetPlay feature.
* Play with your hardware keyboard, gamepad, touch screen, or accelerometer.
* Supports ARM-based GoogleTV devices, such as LG G2/G3.
* Supports Bluetooth gamepads, Xperia Play special buttons, iCade, Sixaxis, and Moga gamepads.
* Record soundtrack to MIDI files.

MasterGear package itself does not contain any games. You should place your own game files onto the SD card before running MasterGear.

Please, do not run any software you do not own with MasterGear. The author cannot and will not tell you where to find free MasterSystem or GameGear games.

* Advanced Settings will not allow to select unavailable folders.

* Fixed screen going blue on some Androids, such as Chromebooks.