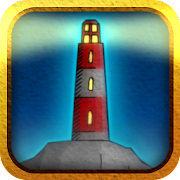 *** As featured in the New York Times article 'Fun, Intrigue and Drama in Touch-Screen Adventures', April 2013 ***

You have received a letter from Uncle Augustus inviting you to Blackrock Lighthouse. He has discovered a great secret on the island and wants to share it with you!

But when you arrive Uncle Augustus has disappeared - and it is now down to you to solve the mystery of Blackrock Lighthouse...


Features:
+ A classic point and click adventure game.
+ Charming hand-illustrated imagery bring the mystery to life.
+ An original and unique storyline.
+ Many items to collect and puzzles to solve.
+ Game auto-saves as you progress.