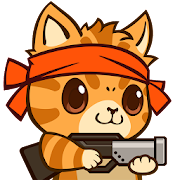 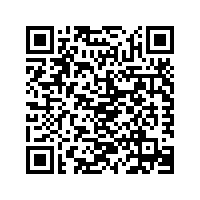 Acclaimed and massively popular game has finally arrived on the Android platform!

The Cat’s Planet is in danger!! Aliens attacked the homeland of cats. All the adults on the planet lie in the dust. Only some kittens who have the supernatural power are trying to flee away with planet express ship. Your mission is to lead the patriots kittens to fight for justice, protect and shape the destiny of the Cat’s Planet which is the utopia of cats!

Review:
“Naughty Kitties is free, and even if you only play it a few times, it’s worth a download.” — TUAW

“Fire-breathing cats riding a spaceship destroying its robotic aggressors. How can you resist?” — PocketGamer

“Naughty Kitties is the inevitable result of a culture obsessed with paranoid invasion fantasies and pictures of cute cats.” — AppSpy

“Naughty Kitties may be a lite, less serious version of FTL that you can play for free.” — GAMEZONE

“Naughty Kitties is surprisingly challenging and addictive, and you will keep coming back for more. If you love cats, a good tower defense, or endless running game, then you will need to check out Naughty Kitties for yourself.” — AppAdvice

Remember: “Drag & Drop” is the essence of the gameplay! To assign your troops just drag the young warrior and drop it onto the battle position of the spaceship. They’ll fight automatically once deployed. Be careful of the energy bar of the kittens since they’re still kids and can’t last long. So don’t forget to replace the exhausted rookies with the full energy one in time.
The reason of doing all of these, of course, is to keep your ship flee away as far as it can and this is your final target! Don’t leave the pussy alone.

Tips:
# 3 kittens of the same type creates a combo and is more powerful than you think.
# No wished kitty in the waiting list? Try to refresh it by throwing away the current one.
# Drop the kitty from the ship if you don’t want it any more.
# Feed cats with cat food, goldfish and catnip.

Naughty Kitties, a fast-paced tower defense, is just what you need for a change!

For the “Invalid Package File” error, it is a google play’s bug. This web page can help you to fix that. http://bit.ly/nksupport Thanks