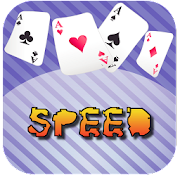 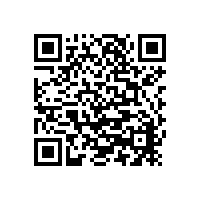 
When both players are ready, simultaneously and each player turns his top spit card face up, placing it in the middle of the table between the two rows of stock piles. These two cards form the "spit piles."
Game Features:

- Designed for both Tablet and Phone
- Smooth gameplay.
- Speed, Spit, Slam game Rules & Help
- Hours of entertainment!
- 100% Free! Play as much as you want
- Specifically optimized for the Android
- Speed game without wifi. Play Speed, Spit, Slam game offline.
- Works perfect even without network, without wifi, offline
- Fun, excitement and entertainment!
- Easy to use and comfortable user interface!
- Big and very clear cards.
- Enjoy the great players in our game.


Play then proceeds as quickly as the players can move. There are two restrictions: each player can only use one hand, and each player may only move one card at a time.
The goal is to play the 15 cards in your stock piles onto the spit piles before your opponent can do the same. To play a card onto a spit pile, it must be the next card in sequence (either higher or lower). Suits and colors are irrelevant.


In Speed or Spit or Slam each player flips over a card in the center. Simultaneously, opposing players place cards either ascending or descending in rank according to one of the cards in the middle. For example, if a 7 was one of the middle cards, players could play either a 6 or an 8. The cards can also make a complete cycle, going from a King to an Ace to a 2 or vice-versa. A player can take more cards from his drawing pile during any time; however, a player can have no more than five cards in his hand at any one time. When both players cannot play any of their cards, a card from each replacement pile (the piles of 5 on the outside middle) is turned over and play resumes. If however there are no more cards in the replacement pile you flip over the entire pile (so all the middle cards are now upside down) and play off of the top two, Speed also called Spit or Slam.

A round ends when one of two things happens: Either a player runs out of stock cards by playing them all, or neither player can make a legal play and both players still have cards remaining in their stock piles (but not their spit piles).

In either situation, both players slap one of the spit piles with their hand, trying to slap the smaller pile. If the players slap different piles, each takes the pile they slapped. If they slap the same pile, the player who got there first (whose hand is on the bottom) gets that pile; the other player gets the other pile.

Both players then add any spit cards and stock cards remaining on their side to the spit pile that they took and shuffle their cards. The cards are then used to create a new layout as described in "Setup" above. At this point, however, the players could have unequal numbers of spit cards in their hands.

When both players are ready, they say "spit" simultaneously and play continues as described in "Gameplay" above.