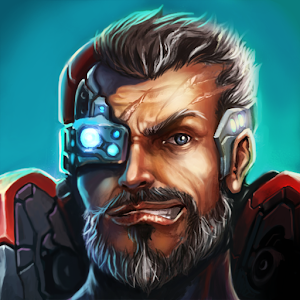 The alien invasion took the people of Earth unawares. A bloody battle of Galaxies began. When it seemed that the defeat was already nigh, the command decided to take a desperate step. Under your leadership, the troops have landed on the planet of aggressors. Build an outpost and defeat the enemy in their lair! Assemble a team from around the world into a single fist and win in large-scale battles! Welcome to the most unforgettable adventure!

FEATURES:
✓ BUILD the most unassailable FORTRESS of the planet!
✓ Destroy the base of alien invaders in an incredible CAMPAIGN!
✓ Create an invincible HERO and MANAGE him IN BATTLES directing all attacks!
✓ Explore the improvements for the army, adding different ABILITIES for your WARRIORS!
✓ Learn the secrets of the mysterious RELICS and ARTIFACTS of the ancients!
✓ Unite into powerful CLANS with other commanders from around the world for the epic battles!

Enjoy the battles on your mobile phone or tablet! Star Battle supports both!

- The fourth skill of the hero is added