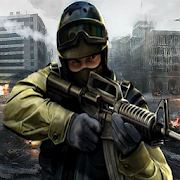 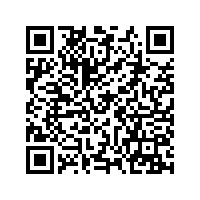 The last IGI commando Special Ops is a free Multiplayer online and offline army shooting and survival game with your strategy and brain skills.The United States Army Special Forces; colloquially known as special operations force tasked with five primary missions: unconventional warfare (the original and most important mission of Special Forces), foreign internal defense, special reconnaissance, direct action, and counter-terrorism. The first two emphasize language, cultural, and training skills in working with foreign troops.
Very shortly a free multiplayer commando shooting game.In the game the commando is the last hope... You are shown as Elite commando Special Ops in the game who has been assigned to complete certain tasks. Some time elite commando has to work like an assassin kill the enemies and find the dooms day device and switch it off.Your job is to clean the camp , eliminate the terrorists. and clear the whole area and switch off dooms day device.You are equipped with assault rifles and snipers. But for the very first mission you will have to kill an enemy with a knife.The best shooting game.Enjoyable level and missions are great.Enjoy this commando Special Ops game.
Half left side of your apple device is for moving the soldier and half right side is for controlling the view, to spot the enemy and for clear scene visualization
You are well known for your commando duty, now accomplish your commando Special Ops duty. This modern army game is actually a test of your shooting and combat skills. In this modern army game you are provide with modern machine guns and all kind of Russian and American sniper guns. So take your sniper guns, find your target enemy and kill them on the spot.
Ultimate first person shooter with advance multiple weapons and different battle zones is now on your smart phones. As an army commando, complete challenging missions strategically to clear the area from brutal enemies. Game consists of different battle areas each with different scenarios. You are supposed to kill all enemies with powerful and destructive guns. Ambush and kill the enemies before they kill you. Digital radar system, which you have, shows the locations and movements of enemies. The Last I.G.I is a free first person shooting action game that is all about shooting and survival with your strategy. Stunning game graphics and smooth game play will take you to real life battle zone. If you’ve quick reflexes and excellent aiming and shooting skills then find your way out of enemy’s army place. You are equipped with advanced weapons assault rifles, machine guns and sniper gun. Use these guns to become a assassin shooter. Danger is on every footstep. Thrilling mission based game with modern combat zones.
If u like igi commando games and u love igi strike and commando mission games then last igi commando is for you.Go for it and strike your enemies like a hammer blow.it is a gun and strike game with military strategy missions.Go and choose your thrilling missions to play this military commando game.The adventure is everlasting.
Tap the fire button on the right bottom corner to shoot and scope is also on the right bottom corner. To crouch tap the left bottom corner and to run tap the middle bottom button on your screen.
Mission I.G.I is a go..

when you find an enemy, simply swipe and shoot.Shoot to kill. That's your job as a soldier..Realistic graphics and weapons are used to simulate real life scenario. The game is the test of your shooting and your combat skills.

Please Note...
This game is free to play..
Advertising do appear in the game..
Features.......