The Other Side: Tower of Souls APK 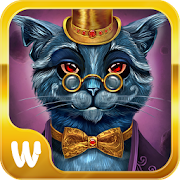 A little sibling rivalry can be healthy - except when the fate of the world hangs in the balance! Can you resolve a family squabble before the gates to the realm of the dead swing open and horrors beyond imagination pour into this world?

Beatrice and Lily might look like any other pair of sisters, but they have a dark secret: Hidden from human eyes is a magic tower that contains a portal to the Other Side. One sister wants to open the gateway to gain knowledge and power, regardless of the consequences; the other sister wants to stop her. But which one is good and which one is evil? Step into the shoes of a detective who must decide!

Which sister wins in the end? Play The Other Side: Tower of Souls to find out!

Do Not Feed The Monkeys

Do Not Feed The Monkeys Lite