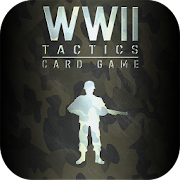 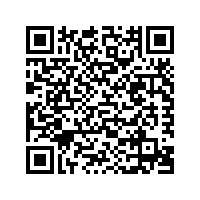 WWII Tactics Card Game is a revolutionary wargame played with cards and based on the Second World War where the players battle until victory on one of the two sides. The game transmits with intensity real encounters and battles of WWII. Your decisions making and deploying your decks will be fundamental as to whether these missions are successful or failures, glory or death.

In the game, we will be a commander of our troops in the course of WW2. The main goal of the game, in the form of pitch battle, is to annihilate the enemy´s general staff and in the other scenes to accomplish the missions you have been entrusted with.

To this end you will have a great diversity of ground and airborne troops which you should lead with skill and bravery to be able to reach your objectives as ordered by your high ranking officers.

The troops will be represented in the field of battle by cards that will constitute an army for each one of the players. We will have at our disposition a wide range of infantry troops, artillery, armoured cars, transport vehicles, generals and supply cards that will increase the combat effectiveness of our troops and /or lessen the effectiveness of the enemy´s forces.

Each player will be able to create their own deck of cards according to the objectives of the battle being played and the strategy that you wish to apply during the game. Basic game starts with a large collection of cards to play with, but in your hand you have to complete your army by adding to it from the store of powerful cards that adapt most to your method of play and which permits you to win in each one of your encounters.
When you will win games you will reach a higher rank and you become the highest ranked commander of Worldwide Ranking of WWII TCG.

Play with other human opponents or select Quick Battles vs Machine. The game has an IA that allows you to enjoy the game alone in three levels of difficult.

These are some features of WWII TCG:
• You can choose to be a commander of the Wehrmacht or of the US Army.
• A lot of units to choose from among diverse types of infantry, groups of command, armoured vehicles, artillery, anti-aircraft, anti-tank, transport vehicles, fighters, fighter-bombers and light and heavy bombers.
• Provide your units with additional armament to increase their effectiveness: machine guns, mortars, hand grenades, snipers, flamethrowers, bazookas, rocket-launchers and smoke dischargers are part of your arsenal. Use them wisely.
• You can also add specialists to your teams that have had specific training in order to give a better performance: sanitary units, mechanics, sappers, snipers, etc.
• Several supply cards includes: landmines, anti-tank mines, reinforcements, extra munition, spying, blitzkrieg, entrenchments, airborne transports, etc.
• Cards from famous generals each one of which has a different, indispensable characteristic to improve the capabilities of our units, from Erwin Rommel to George Patton, and also Bradley and Model.
• A prepared scene to accomplish and destroy a heavily defended enemy objective. And continuously development of several scenarios based on actual battles and campaigns of WWII.
• Different kind of artificial terrain which enable you to construct your own made-to-measure defences: bunkers, buildings, barbed-wire, trenches, etc.
• Deploy your units on a map using 48 squares with different types of terrain: woods, hedges, lakes, rivers, mountains and open plains.
Your decisions will be the fundamental piece to punish your enemy. To achieve the objective, apart from deploying best units, it will be essential to maintain a continuous supply line to HQ as this will allow you to throw more and better units into the battlefield.
Go and get them commanders and show no mercy!

- Scenarios have now their own picture.