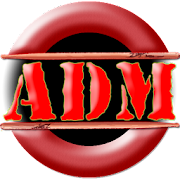 Acoustic Drum Machine has the best quality acoustic sounds so you feel you're playing with a real drummer.

** Referring to an user comment: Of course you can swing. Choosing 3 subdivision you will get lots of swing rhythms, and you can edit and create your own swinging patterns.

ADM lets you create your own rhythms in a fast and very simple way. You can set any measure, whether simple or compound, typical or odd times. The possibilities are endless

● More than fifty amazing sounds with the best quality. Try to connect your device to a stereo HiFi music system to get the best and enjoy the groove

● More than 100 home rhythms and 200 rhythmic patterns you can combine for getting your own rhythms easily.

● Also you can use it as a very cool metronome

● The best tool for any musician for playing, practice or get inspired.

A drum machine, sometimes called a rhythm machine, is an electronic musical instrument designed to imitate the sound of drums or other percussion instruments. They are used in a variety of musical genres, not just purely electronic music. They are also a common necessity when session drummers are not available or desired. Smaller and lighter than a VHS tape, the drum machine comes with various repeating drum patterns and styles to serve as the backbeat for everything from hard rock to jazz, pop, funk, salsa and hip hop. Tempo or beats per minute (BPM) is adjustable, and some drum machines also include percussion sounds.
Most modern drum machines are sequencers with a sample playback (rompler) or synthesizer component that specializes in the reproduction of drum timbres. Though features vary from model to model, many modern drum machines can also produce unique sounds, and allow the user to compose unique drum beats.

Like most digital devices, the drum machine has a LED screen for cycling through "patches" or tracks named according to music genre. "Rock" might be one category, with 10 or more track variations called HR-1, HR-2, HR-3, and so on. Each track within the category will differ from the others in some way. One might use the kick drum on an extra beat, while another might include toms or a cymbal ride.

The first drum machine was in 1930–32, the spectacularly innovative and hard to use Rhythmicon was realized by Leon Theremin at the request of Henry Cowell, who wanted an instrument with which to play compositions whose multiple rhythmic patterns, based on the overtone series, were far too hard to perform on existing keyboard instruments. The invention could produce sixteen different rhythms, each associated with a particular pitch, either individually or in any combination, including en masse, if desired. Received with considerable interest when it was publicly introduced in 1932, the Rhythmicon was soon set aside by Cowell and was virtually forgotten for decades. The next generation of rhythm machines played only preprogrammed rhythms such as mambo, tango, or the like. They also have other patterns like bossa nova.