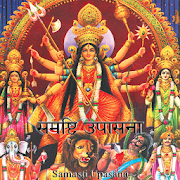 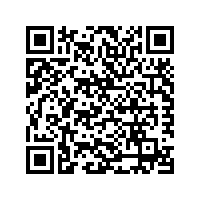 The Cosmic Puja or Samashti Upasana, is the meditation and worship of all the forms of divinity in existence; all the deities of the universe. Pu is punya, which means merit. Ja is jata, which means giving birth. Puja is activity that gives birth to merit. The action of the greatest merit is to guide one’s awareness into the presence of God and to maintain that presence for as long as possible.

Through puja we offer all that we possibly can to God and thereby experience peace. This worship is intended to lead us to that objective. Swami Satyananda Saraswati has translated the Cosmic Puja so that we may use it to instill within us that quality of true reverence for all of life in which we actually pay attention. By performing this worship we become so absorbed in the union between the perceiver and the object of perception that we go beyond all duality.

Derived from the Chandi Path, the Cosmic Puja describes methods of worship the Divine Mother in her forms as Mahakali, Mahalakshmi, and Mahasarasavati. Included is the “Panch Devata Puja,” the worship of the five divisions of the Hindu Dharma: Shiva, Shakti, Vishu, Ganesh, and the nine planets.

Other pujas in this book include: bhuta shudhi (enlivening energy centers), the Yantra Puja, Agni Prajvalitam (enkindling of sacred fire), the establishment of the Sanskrit alphabet in the body, the establishment of life, worship of the Divine Mother’s body, the worship of her divine weapons, and much more. This book is an anthology of practices which accompany and augment the Chandi Path and it comes complete with original Sanskrit text, Roman transliteration, and English translation.

Swami Satyananda Saraswati is considered to be one of the foremost Vedic scholars and Sanskrit translators in the West. He is the author of nearly 60 books in nine different languages representing a significant contribution to the understanding of Hinduism and Vedic religious practices.

Swamiji comes from the Dashnami lineage of Adi Shankaracharya, and belongs to the Saraswati tribe of renunciates and scholars who are living the life of a teacher and a knower of wisdom, worshiping with both spiritual knowledge and devotion. His Guru, Swami Amritananda Saraswati, initiated him into the Vedic Knowledge, Sanskrit, and the Chandi Path and sacred fire ceremony as his primary system of spiritual discipline in 1971.

He practiced the recitation of the Chandi Path in the Himalayan snow and in the hot springs of Bakreswar. Through this rigorous penance, he became impervious to the influences of heat and cold. Through his experiences walking the length and breadth of the Himalayas over 15 years, Swamiji fell in love with Sanskrit and became proficient in numerous languages including Bengali and Hindi. Wherever he went he would learn the local systems of worship and inspire those around him to participate. Swamiji’s expertise and experience spans many different religious traditions. His realizations and teachings make him a living example of Ramakrishna’s Gospel, “as many as there are individuals, so many are the paths to God”.

In 1979, Swamiji met Shree Maa when he was performing a vow of worship in a small temple in the interior of West Bengal. They toured India, spreading their divine love and inspiration by performing pujas, homas, and sharing their realizations, and teaching their methods of spiritual practice. In 1984 they came to America and established the Devi Mandir, where he and Shree Maa shine their beacon of light from Napa, California. Today, they share all their resources to give every individual an opportunity to access these spiritual teachings.

Shreemaa Reader source code available under GPL license as we use the MuPDF libraries which are Copyright 2006-2013 Artifex Software, Inc.