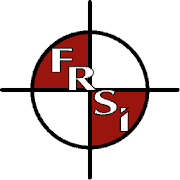 The CrashKit - Low-Speed Impact application is one in a series of applications developed for use in collision reconstruction & investigation.

The formulas will allow users to look at the effects of target vehicle brake application at impact, as well as figure out the Coefficient of Restitution.

Calculations can be performed in either Imperial or Metric units. Users can then send their results by email.