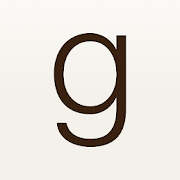 Find, get, and share books you love on Goodreads, the world's largest site for readers and book recommendations. More than 75 million members have added more than 2.2 billion books to their shelves.

Goodreads is a free service.

FIND & GET BOOKS
• Scan book covers to instantly read reviews and save it on your Want to Read shelf.
• Get personalized recommendations based on your tastes.
• Browse featured books and genres to discover more books you'll love.
• See what your friends are reading.
• Buy or borrow books with our convenient links.

TRACK & SHARE BOOKS
• Search, rate, and review any book in our catalog.
• Keep track of books you want to read and have read.
• Add status updates for books you're currently reading.
• Join the Reading Challenge to help you read more.
• Discuss books through messages, reviews, and groups.
• Recommend books to friends.

Can you believe that it's almost that time of year to vote in the annual Goodreads Choice Awards? Do you know which books you'll vote for?

This release contains several bug fixes and improvements, including: