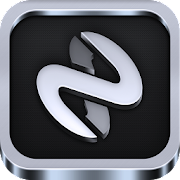 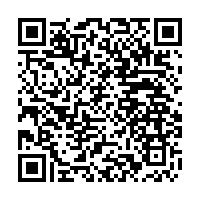 N8 State is the ONLY app/technology to protect mobile phone users DNA from the harmful effects of Low-grade Electromagnetic Radiation also called RFR (Radio Frequency Radiation) or Non-ionizing Radiation. While other apps can only warn you of low-grade radiation levels and exposure times, N8’s app protects you from low-grade electromagnetic radiation at your body’s cellular level.

We live in a world where we are constantly wired, connected and switched-on – on the phone, on the computer, in the car, always in front of screens, zooming all around. While not as harmful as heavy doses of ionizing radiation, the medical field keeps finding out the low-grade electromagnetic radiation from these devices isn’t completely harmless. N8 State was formed with the mission to protect all living things from the harmful effects of Low-grade Electromagnetic Radiation.

When installed on your mobile device, the N8 State app uses patented "Structured Photon Technology"(tm) turning your mobile devise into a preventative tool to deflect harmful wave interactions with your body’s cells from low-grade electromagnetic radiation while protecting and improving your DNA.

N8 works by re-ordering photons within its range, returning surrounding energy fields to their natural frequencies. Quantum science tell us that all chemical reactions involve a wave interaction, and the electrons and sub-atomic particles that revolve around the nucleus of an atom emit waves, so if we change the waves we can block the harmful chemical reaction, thereby, helping cells maintain their properties and oxygen intake (as compared to having potentially diminished cellular properties and oxygen intake after cells are zapped by EMR).

Debate still exists over the depth of danger involving low-grade radiation. Science generally presumes radiation exposure at any level carries a health risk, particularly as a cancer-causing phenomenon. Every cell phone’s manual warns of the risk. The risk is heightened when the device is closest to the body. Even a five-minute cellular phone call has been shown to impact users at a cellular level and a 15-minute phone call to break DNA cell strands.

For now, while the science surrounding the effects of low-grade radiation related to mobile devices is still being researched, some doctors urge particular caution with children. ONLY the N8 State app offers protective benefits for all of its users.

Radiation-emitting products are omnipresent. Smartphones, computer screens, televisions and wireless networks all produce low-grade radiation. Changing these dangerous waves can help maintain healthy bodies at the cellular level, leading to overall improved health outcomes. Eventually, our goal is use the technology to create similar safe zones around other radiation-emitting products.

While we know that the world is no sooner going back to the horse and buggy than it is to tin cans connected by string, we want to do everything that we can to help offset some of the negative effects of the electromagnetic smog that is around us everyday. Our first product – the N8 State smartphone app. Once downloaded, the N8 State app turns a smartphone that has been a source of suboptimal EMR, into a smartphone operating within natural preventative frequencies.

We want to help return people to their natural, undisturbed and innate state of being – their N8 state!

- News updates to keep you informed on the world of electromagnetic radiation, medical advances, and Android products that work with N8 State.

- Studies independently conducted by N8 State and accredited doctors or institutions around the world.

- Blog to always keep you socially informed while being in your N8 state. See what N8 State friends "like" or "tweet" about from around the world and get notifications for special surprises or giveaway codes.

Please Note: We just updated N8. Please tap back on N8 after doing a restart or turning your devise ON for protection. Also,an EMF meter or SAR monitor will NOT recognize N8 State's tech. N8 doesn't stop bad EMF, but works at the subatomic level with the photon to protect the EMF field around every cell in your body to keep & progress cellular structure coherently. An EMF meter can only register EMF emitted from a devise,not around your cells.A great test is a DNA study!