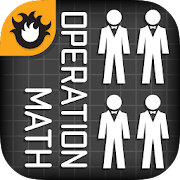 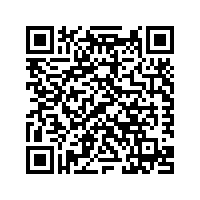 Jump into the fun new app that will have your kids mastering problems in addition, subtraction, multiplication and division through an exciting multiplayer spy game! Operation Math: Code Squad is a unique way for kids to practice math without doing boring speed drills or using flash cards. Great for kids of any grade, Operation Match: Code Squad lets up to four players team up and test their math skills and problem solving speed, giving them practice and keeping them busy for hours!

Take the action to a whole new level in the timed, multiplayer math game based on the single player game Operation Math. With four virtual keypads, Operation Math: Code Squad lets multiple players work together to solve equations and disarm Dr. Odd's devious devices in a timed battle against the clock. Choose which problems your kids will solve (addition, subtraction, multiplication, division) and select from three difficulty levels. They'll need to solve problems with speed and accuracy to prevent the math-busting Helix device from exploding!

This app comes fully unlocked, with no in-app purchases necessary.

Features:
- Multiplayer gaming that lets you test four different players at once.
- Four virtual keypads for fast-paced, multi-touch action.
- 21 missions centered on three different skill levels for testing any grade.
- The ability to select missions based on math operations and skill level.
- All binomial addition / subtraction equations for numbers 1-20.
- All binomial multiplication / division equations for numbers 1-12.
- Engaging narration and spy-themed soundtrack.
- Provides a fun alternative to written drills and flash cards for kids who need math practice.
- Time-based play that will test speed and keep kids engaged with cooperative drills.
- Based on U.S. Common Core standards
- Safe, worry-free play with a Parent Gate and no third-party ads.

"Operation Math: Code Squad is one of the best educational math games I've seen on the iPad. It's fast-paced, engaging, and just down right fun." - Apps on Tapp

"... a brilliant multiplayer game ... Code Squad continues to be the most requested app in our classrooms, kids are just clamoring to play together and win together." - Teachers with Apps

With Operation Math: Code Squad, there's no more need for boring written drills or flash cards. This timed spy adventure is great for kids in any grade. Get in on the spy action and download it today!

- You can now move this app to your SD storage if internal space is limited.