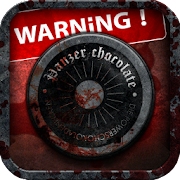 This application is designed to work with Panzer Chocolate - the first Interactive and Transmedia feature film in the world - a Horror project that changes the way how movies are told and consumed. With Panzer Movie you will have a better experience, not only during the movie, but also before and after it. In particular, you will be able to interact with the film during its screening, and to access several Transmedia elements, which complement and extend the story of the film. Including a comic, a novel, a video game, and the real finale of the movie.