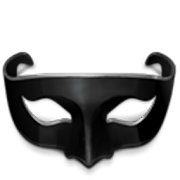 This app gives you unique and creative ideas for fun characters for your next DnD or Pathfinder Campaign!

Having a hard time coming up with ideas for characters for you D&D, Pathfinder, or other tabletop RPG Game? This handy generator privides a bunch of ideas for interesting, dynamic, and well developed characters.

Get the free ad supported version at https://play.google.com/store/apps/details?id=com.acarcana.RPGCharacterBackgroundGenerator

- Changed some archetype names and descriptions to be more sensible. Removed protector, as Protector and Defender was redundant.

- Fixed a bug that was preventing the 'Other...' dialog working on additional items