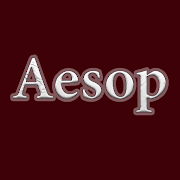 Aesop was an Ancient Greek fabulist or storyteller credited with a number of fables now collectively known as The Aesop's Fables. Many of the tales are characterized by animals and inanimate objects that speak, solve problems and generally have human characteristics.

Aesop ( lived between 620 and 560 BCE ) was an Ancient Greek fabulist or storyteller credited with a number of fables now collectively known as Aesop's Fables. Although his existence remains uncertain and (if he ever existed) no writings by him survive, numerous tales credited to him were gathered across the centuries and in many languages in a storytelling tradition that continues to this day.

There are no better classic stories to read alongside your young ones in order to educate them on how to treat others and live their lives.

The Greek historian Herodotus mentioned in passing that "Aesop the fable writer" was a slave who lived in Ancient Greece during the 5th century BCE. Among references in other writers, Aristophanes, in his comedy The Wasps, represented the protagonist Philocleon as having learned the "absurdities" of Aesop from the conversation at banquets; Plato wrote in Phaedo that Socrates whiled away his jail time turning some of Aesop's fables "which he knew" into verses.