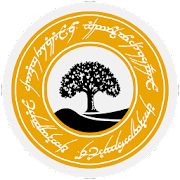 The Lord of the Rings Project is the official Android app of LotrProject.com, an indispensable and celebrated resource dedicated to the wonderful world created by J.R.R. Tolkien. It guides you through Middle-earth with interactive high resolution maps, timelines, a 900+ character family tree and encyclopedic information about characters and places. The section called Today in Middle-earth will also let you know exactly what happened on each day in Middle-earth history. The app is designed to allow you to easily follow along when reading Tolkien's works, especially the Hobbit, the Lord of the Rings and the Silmarillion. It is regularly updated with new features and information and aims to become the ultimate resource and companion for Tolkien fans.

By buying the app you will not only get a unique experience of Middle-earth on your Android device, you will also help support the project. Updating and developing LotrProject takes many hours of work each month and hosting the website costs a lot of money. Your help to keep the site up and running without advertisements is greatly appreciated.


FEATURES
- Gigantic family tree of characters
- Interactive maps of Middle-earth and Beleriand with locations, events and character paths
- Interactive timeline with events
- Latest news from TheOneRing.net, Middle-Earth News and many more sources.
- Today in Middle-Earth
- Database of quotes
- Statistics on Middle-earth
- Encyclopedia of characters (currently being expanded)
- Latest on LotR from Reddit, Tumblr and Twitter.

Lord of the Rings Project, commonly shortened LotrProject, is a creative web project dedicated to the works of J.R.R. Tolkien. It is perhaps most known for the extensive and ever updating genealogy, the historical timeline of Middle-Earth, the interactive maps and the statistics of the population of Middle-Earth.

LotrProject was published in January 2012 by Emil Johansson with the genealogy as the only feature. To much surprise it gained a lot of attention, with mentions in the Guardian, TIME Magazine and Wired, which spurred the development of the site. Since then the project has expanded to become a creative outlet for Emil and now features several interactive Tolkien related projects.

- Added descriptions for over 100 more characters