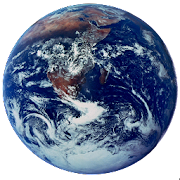 World Airports Pro is a worldwide database of over 5000 of the world's principle airports and their runways permitting location and orientation through the medium of Google® Maps. Within this application the scope of 'Principle Airports' is one that is defined as those airports that have BOTH an IATA and an ICAO designator indicating they are recognised as significant by both organisations.

This database contains many locations ranging from major international airports to airstrips in remote bush locations, airstrips on coral islands to isolated dirt strips in the jungle.

The database can be searched by International/Local Name, IATA, ICAO or country without the need to include wildcard characters. Where runway information is reported the threshold Lat/Long coordinates for each runway can be viewed on a satellite image of the airfield. For the interest of the enthusiast this database also contains locations of recently closed civil and military airports.

A 'City Pair' presentation shows a map depicting the great-circle track between the two airports selected. The distance & flight time between the two is calculated for a typical jet airliner cruising at 480kts in still air.

The information contained in this database is supplied for general interest only. It is compiled from uncontrolled sources whose continuing accuracy cannot be guaranteed so should not be relied upon for operational use. This application requires an internet connection for use.