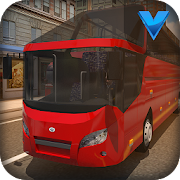 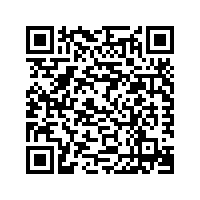 THE MOST REALISTIC BUS SIMULATOR OF 2015 IS HERE!
It’s all aboard in the newest and most realistic public transportation bus driving simulation game ever found on the google play store! From the very first get go you are tasked to bring passengers safely from point A to B. In City Bus Simulator you take on the role of an real life bus driver. in this big city full of traffic, pedestrians and traffic lights you need to mind the laws of the roads.


THIS CITY FEELS ALIVE!
Never on android you have seen a bus simulator which has a 3D city driving experience as in City Bus Simulator 2015. This 3D designed city truly feels alive this is something you can feel from from the driver's seat of your bus. Once on the road you will notice that avoiding the traffic on the streets can be a harder job than on first sight. What is new to City Bus Simulator is the smart traffic system we have build for this simulation 3D game.


BEGIN YOU BUS DRIVER CAREER TODAY
City Bus Simulator offers you as a player two game modes you have the option to go free roaming around in the city. Or you can start working for a real public transportation company, as a rookie bus driver you will be placed on the rookie bus line. The tutorial will explain you step by step what will be expected from you as a bus driver in this newest 3D bus driver simulator game.


CITY BUS SIMULATOR 2015 GAME FEATURES
The most realistic city ever seen in a driving simulator on the google play store
Different kind of busses old school coaches till the most modern busses.
Change the looks of your bus by buy new colors, a paint job is done super fast.
Two different game modes go for the bus driver career path or jump behind the wheel in free ride mode.
Select the bus driver character, go for the old school bus driver look or for the more relaxed type.
Realistic traffic system, wait till the street lights turn green or risk a ticket for traffic violation.
Super detailed interiors in these busses, open and close the doors for your passengers.


So it’s about time to sit down in your driver's seat and take on the challenge of the best bus driver simulator game of 2015. Keep a close watch on our facebook page as and twitter account if you like to be up to date about our updates for this wonderful 3D driving simulation game