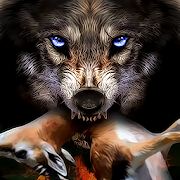 Become a Wandering Wolf and enjoy the epic story with 100 different missions such as animal hunting, battles against monsters, escape from a maze, and crossing a dangerous valley.
You will be reborn as the most powerful wolf once you complete all the missions for survival, for your colleagues, and for revenge.

If you like wolf games, this game is a must-play!

[Features]
▶ A story game of 5 chapters and 6 hidden episodes.

▶ You can complete missions and quests with other users from all around the world.

▶ You can raise different animals ranging from herbivores such as Formosan deer and zebras to carnivores such as bears, snakes, and tigers.

※ Life of Wolf Reboot is the sequel to Life of Wolf released in 2014, and is an adventure story game having a wolf as the main character.

※ All data will be removed and not recovered once you delete the game.