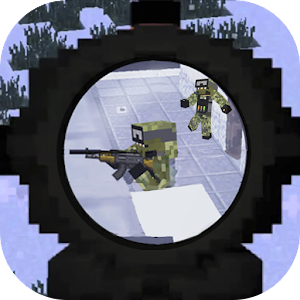 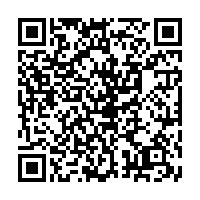 Pixel Sniper Survival Games is a battle unlike any other! This epic action game is filled with unimaginable battles in full, 3D pixelated graphics. In this grim world, it's kill or be killed.

~The Time is Now~
It was one o'clock in the morning when the phone rang. I sat up and rubbed the sleep from my eyes. I punched the call button on the receiver and a holographic image of a shrouded, masked man flickered to life in the air in front of me. I squinted into the image to get a better look, but the man seemed to be completely without any discernible characteristics. Sitting back in aggravation, I barked my greeting. The only private detective in the Metropolis Area PD, I was used to the odd summons at all hours of the night, but it didn't make me any less cranky that I'd just been woke up from a deep slumber-- a hard commodity to come by in this day and age without a pill of some kind to drowned out the incessant noise of the decrepit city below. I grumbled the affirmative and demanded his ransom.
“Meet me on the south side. In the abandoned laboratory."
I knew that scene; a discarded experiment dealing with an old submarine unit retrieved from the Gulf before the third world war.
"I'm tired and I ain't got time for your mind games, so if you don't got nothing to say, I'll catch up with you at a later date," I said gruffly.
The shadowed figure disappeared, replaced instead by a grisly visage of a prostrate body, awash in his own blood. Fighting back nausea, I turned my sights away from the image. "Fine," I said. "I'll be there."
I couldn't have known it was a set up. I deal with these sort of cases every day. But the figure was clever by far and had me pinned to the ground in seconds, his boot coming to rest on my face.
A translucent, sticky liquid dripped from the tip of the blade he held gripped in his fist as I peered at him from around his large boot. The man gave a mirthless laugh and I tried to twist away.
“You might wonder why I called you here," his deep voice boomed. "Well, I can’t just let little people like you stalk my habits and unmask my little secret. The cold truth is best concealed when the people… do not… talk.”
“You’re mad,” I managed to hiss. "You're the one who summoned me here."
"Don't act as if you didn't know. You're the best. Perhaps that's not saying much for this deadbeat city, but you aren't like them, are you? I've watched your mind calculate even the most complex plots. It was only a matter of time before you caught on to my game. That's why I plan on stopping you before it can come to that."
Slowly, he raised the thin blade with its questionable contents.
I tried frantically to twist away, but the pressure of the massive boot on my face was too much. Then without warning, the boot's weight was gone, and the blade pressed threateningly at my throat.
"Go ahead, kill me. It won't be enough," I ground out.
"I don't plan on it. Too easy. No, my plans are a lot more elaborate. No one will ever find out it was me. Not when they can target you for my... sins." He grinned, revealing big white teeth.
The knife slid over my skin, a surface would, but the liquid seeped into the cut, and I felt suddenly, inexorably different. Something was changing. Something wasn't right.
Then, suddenly, my mind was blank; and my world ended as quickly as it had begun. Or at least, the world I once knew. My past was wiped clean, and suddenly I was facing treason, and without a memory, I was without defense. Then she arrived. With one word, she set my mind spinning, and I had my lead. A way to clear my name and implement the true criminal behind this cleverly orchestrated treachery.